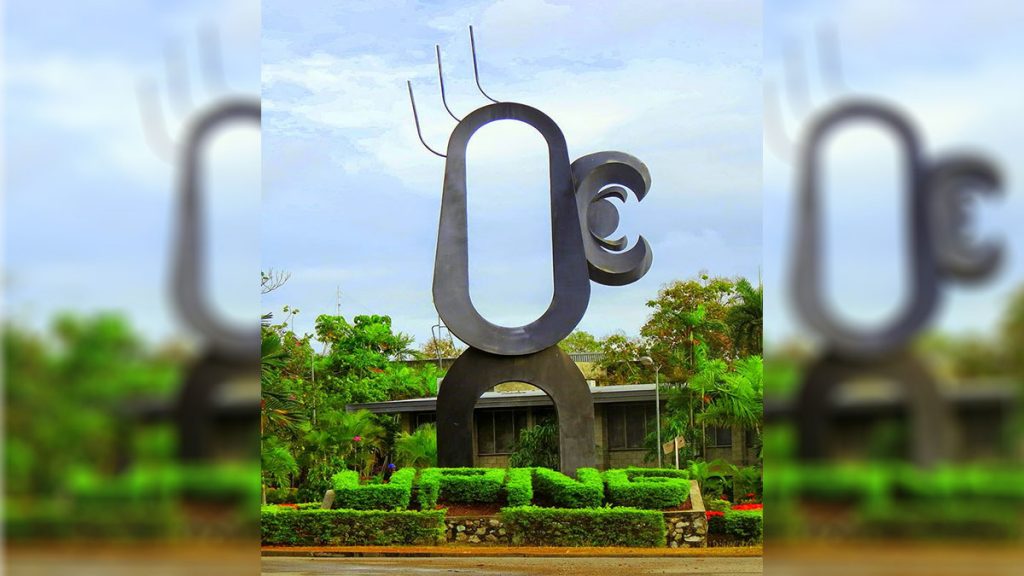 The University Administration under Vice Chancellor Frank Griffin, today reassured parents, general community and service providers that the campus is safe and business as usual.

This assurance is made in light of the report by the National Newspaper which referred to an incident that took place outside of the campus, in the vicinity of Waigani residential area sharing boundary with the University of Papua New Guinea.

Preliminary information from the Uniforce, the campus security that the deceased was stabbed outside the university grounds, and in his struggle managed to escape from his assailants and ran into the safety of the University side of the boundary in the vicinity of the staff residents.

The deceased is believed to have collapsed in the same spot where his body was later discovered. Consequently, reprisal actions by friends of the deceased alleged to be students and friends despite warning by Uniforce not to take the law into their own hands, proceeded and burnt down some temporary structures and new constructions in the residential area of the suspected killers.

The reprisal actions by the aggrieved friends of the deceased were done outside of the university precinct. All related matters are now in the hands of the RPNGC.

The incident is deemed to be outside of the university’s jurisdiction.

Upon discovery of the deceased body, the Uniforce assisted Police to retrieve the body, and also submitted the necessary report regarding the incident. Four suspects were also apprehended at that time.

The suspects unfortunately were reported to have been released from police custody by unknown sources.

The university campus is safe, the staff residential area at Fort Banner experiences medium to low levels of threats however no cause for alarm at this stage as Uniforce and support groups have maintained sufficient stop gap measures up to now.

The deceased, whose name has been withheld has been identified as a former student who resides outside of the campus. He did not register for semester in 2021. UPNG records show that the deceased was registered as a student in semester 2020 only.

The previous events of the 8th and 9th June presented formally through a student petition by the SRC is being expeditiously attended to by the new security management, of which quite a lot has happened since to help improve security and lessen risks on campus.

This includes the reorganization of the Uniforce, and dealing with some outstanding cases and other recent cases on campus.

The Vice Chancellor on behalf of his administration reassures parents, service providers, community and all stakeholders that the University of PNG remains intact and continues to improve as a conducive learning environment.