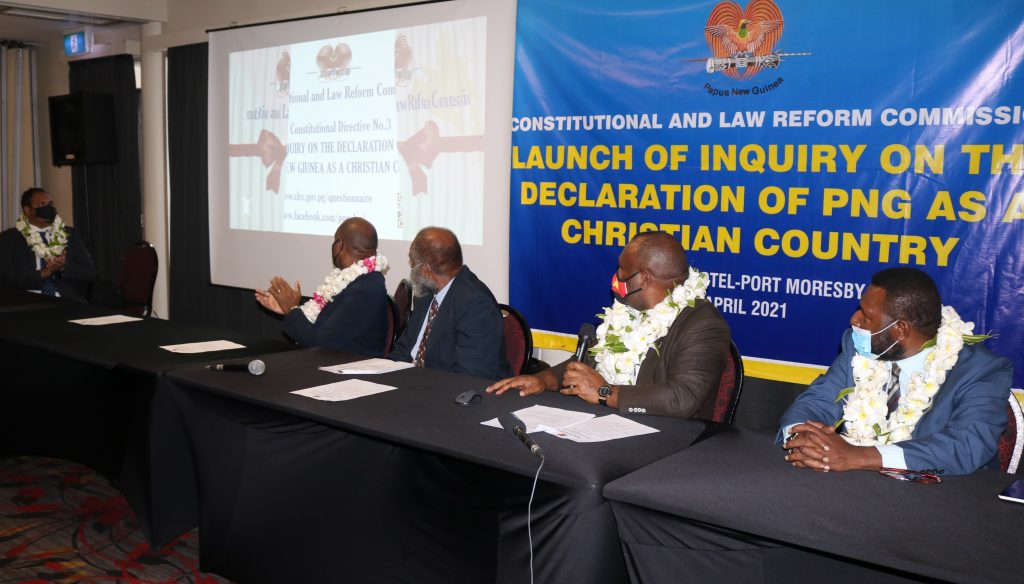 The nationwide consultation on the Inquiry on the Declaration of PNG as a Christian country commences on the 2nd May to 4th June 2021, says Secretary of the Constitutional and Law Reform Commission (CLRC) Dr. Mange Matui.

“We encourage and appeal to everyone to participate in this Inquiry so that your views become official, gets recorded and counted, and they will be protected under the Commissions of Inquiry Act,” Dr Matui said.

He said as an independent Constitutional Office, CLRC will always be neutral in this Inquiry but only perform its constitutionally mandated task of consulting the people, do thorough research, and make due and informed recommendations to the Government.

“We understand that this Inquiry is very sensitive and has already created a hot debate on many platforms but those views will only amount to nothing and the Inquiry will still go on without them, if the people don’t use the official CLRC methods to give us their views.”

He said people can contribute their views by  participating in the consultation programs in the provinces, filling in questionnaires on CLRC website https://www.clrc.gov.pg/questionnaire, downloading or requesting questionnaires from CLRC Facebook page https://www.facebook.com/pngclrc and visiting CLRC Office at Waigani  or submitting written submissions.

Consultations times for each province are as follows:

CLRC aims to compile the final report with recommendations and present to the Prime Minister in June, Dr. Matui said.

“The recommendations will not only be based on the majority views of the people of PNG but on the research which CLRC has already undertook, that examines principles and application of tenets under democracy, human rights and Christianity as well,” he said.

Dr Matui added that CLRC will not step out of the original intentions of our forefathers for the Constitution to continue to capture and uphold the interests and rights of all persons in PNG, whether they are in the minority or the majority, irrespective of their ethnicity, group affiliation or gender.

The National Government, through the Head of State, directed CLRC on the 11th of March 2021 to undertake the Inquiry.

There are four key questions to the Inquiry.