RELEASE OF PUBLIC SERVANTS TO VOTE 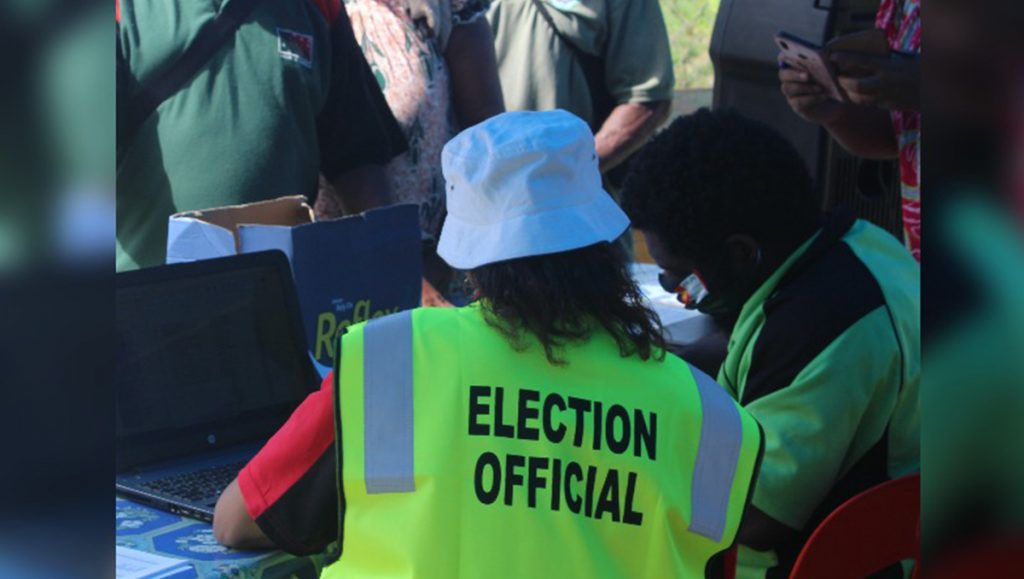 The Department of Personnel Management has issued a circular instruction for the release of Public Servants to cast their votes during polling for the Port Moresby North West By-elections.

Department of Personnel Management Secretary Ms Taies Sansan in circular instruction 13 of 2021 has advised all heads of national departments and government agencies to allow public servants to be released to exercise their democratic right to cast their vote during the one day polling for the North West Electorate By-election.

As per the schedule issued by the Acting Electoral Commissioner – the Port Moresby North West By-election will only have one day polling which will be on Wednesday the 2nd of June.

Ms Sansan said, polling will be for one day only and public servants who reside in the Northwest electorate who are eligible to vote must be released on the 2 nd of June to cast their votes at their respective polling stations.

Ms Sansan reminded all public servants who will be taking time out to cast their votes to adhere to and maintain all covid-19 protocols when at the polling stations.

“I anticipate your kind cooperation in providing sufficient encouragement to our public servants to participate in this important democratic process”.