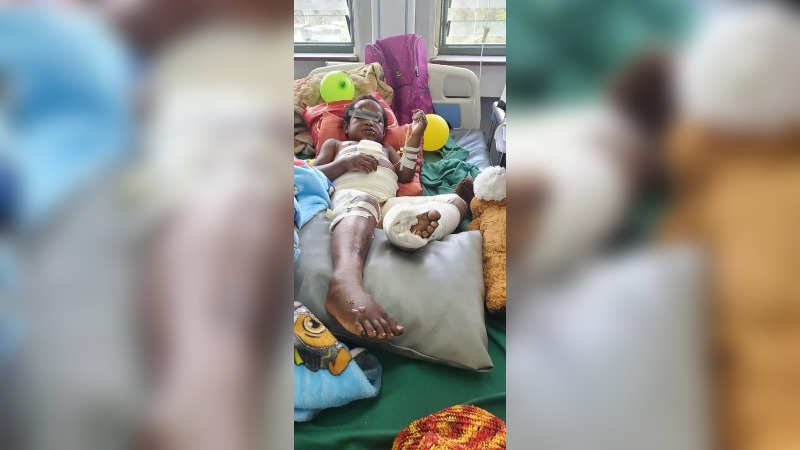 Seven year old Angelyn in Western Highlands Province is currently being treated for multiple injuries after being tortured by her step mother who accused her of being a “Sanguma.”

Little Angelyn was dropped off at Bukapena Health Centre by a relative of the guardians then quickly transported to Mt. Hagen General Hospital. It was there that they discovered Angelyn had multiple fractures to both hands and feet and other parts of her body including her collarbone and her left femur, one of the most difficult bones in the body to break.

She also had open knife wounds all over her body and severe burns on her lips and genitals. It became clear through scans and further investigation that this child had been tortured for a long period of time. 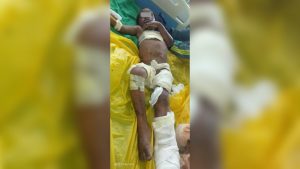 Upon further investigation by Tribal’s Special Projects Manager, Ruth Kissam, it was discovered that the little girl had been accused of sorcery and was often tortured in front of other children.

Tribal began to work with the local police in Mt. Hagen to find and arrest the perpetrator, who after much negotiation, was brought in to the police by family members on July 16th and will appear in court this week.

Tribal is currently working with the Police and the Department of Justice, and the Special Parliamentary Committee on GBV and SARV to ensure that the perpetrator is held accountable for her ruthless actions.

Angelyn continues to receive treatment for her injuries and will be moved to a safe place with a family member once her health is stable. Tribal will look after her needs until she no longer requires Tribal’s care.

She is the second child Tribal has worked with who made national headlines because of being tortured over false sorcery accusations.